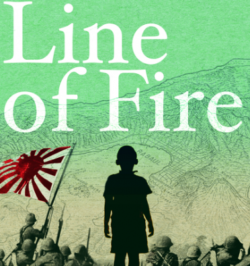 Meet Dickie Manson, an 11-year-old Aussie school boy executed for espionage after Japan invaded Australian territory in 1942. Never heard of Dickie? 75 years after his execution and in the lead up to ANZAC Day, let’s not forget Dickie and the nearly 1500 Australian civilians and soldiers who died in Australia’s worst military and civilian disaster of WW2.